The term woodlot typically refers to a plot of privately owned forest land. In British Columbia, there are an estimated 20,000+ woodlot owners in the province which have forest holdings greater than 20 hectares. 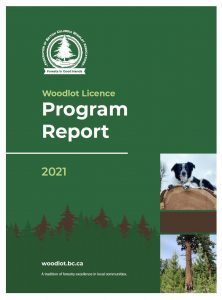 The Woodlot Licence Program was established to increase opportunities for small-scale forestry in British Columbia and is designed to:

Support for the concept of small-scale, locally based forestry rests on several perceived benefits over large-scale operations,
including expectations that there will be:

The very first woodlot licences in British Columbia, commonly called “farm woodlots”, were introduced in 1948 to allow farmers and ranchers access to Crown timber as a means to supplement their income. The present woodlot licence system was introduced in 1979. Woodlot licence holders are given the right to harvest timber. In return, they take on the responsibility of sustainably managing the forest for all of its values on behalf of British Columbians. Woodlot forestry is an alternative approach to administering and managing some of our Crown forest lands and has slowly grown since 1979 to 850 Woodlot Licences today.

A diverse group of individuals and organizations with a wide range of backgrounds has been attracted to the woodlot licence program. It includes ranchers and farmers, forestry workers such as loggers and registered professional foresters (RPFs), but also scientists, engineers, First Nations, educational institutions and many others with an interest in managing forest land.

They provide stewardship of BC’s forests, and demonstrate innovation and excellence in forest management. 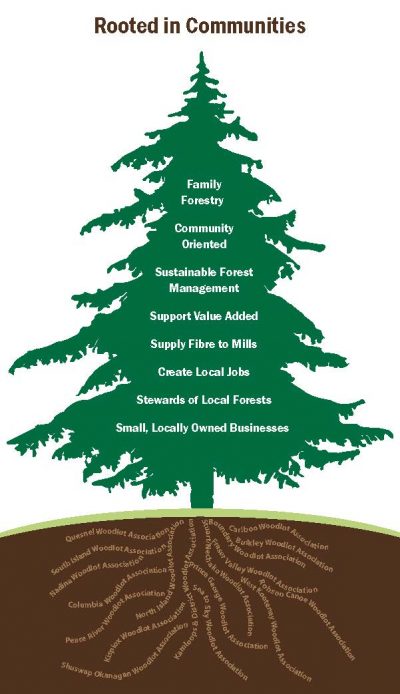